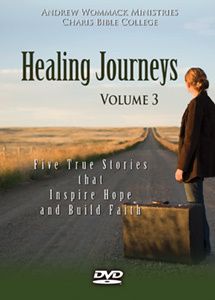 There is nothing more powerful than a miracle testimony. Jesus and His disciples used them to confirm that the words they spoke were truth. They will build your faith to receive your own healing and help you minister healing to others.

These are five stories of the power of God's Word working in the lives of people. Each came to understand what God had already done for them through Jesus. They will touch your heart.

Connie Weiskopf
Raped at gunpoint, a young, scared, and pregnant Connie Weiskopf succumbed to pro-abortion counseling. Pregnant again by a live-in boyfriend, she endured a second abortion. Then, after years of guilt, she found herself battling breast cancer. It was there that her healing journey really began.

Mike Hoesch
The diagnosis—malignant neoplasm. The tumor grew at an alarming rate and began to metastasize in Mike Hoesch's body. Mike was confused, discouraged, and convinced that he was not healed, because he didn't measure up. Then a friend gave him hope.

Alan Moore
Debbie found her husband, Alan, lying on the ground. He had experienced a massive stroke. "One-third of his brain is permanently damaged," said the doctors. "He will never walk, swallow, or speak again." Yet nine days later, he walked out of the hospital, unaided.

Audrey Scott
The nurses raced Jamie Scott's newborn girl to the ICU. X-rays showed that baby Audrey was missing a rib, major arteries, and the left side of her heart. The doctors offered little hope. "I laid my hands on her and commanded her to be whole," said Jamie. And then the Holy Spirit spoke these words to her heart—"Watch Me work."

Lance Weldgen
Chronic pain from fibromyalgia was robbing Lance Weldgen of his life. The seventeen prescription medications he was taking had little or no lasting effect. Hope was fading until God arranged a divine encounter with other believers at a coffee shop. 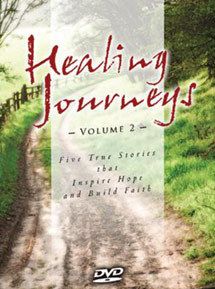 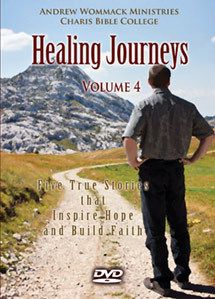