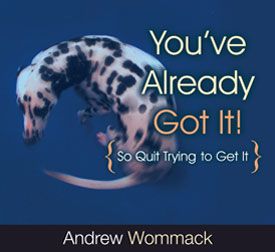 Most Christians believe God CAN do anything, but they don't believe that He HAS done very much. They live their whole Christian lives seeking, trying to get the Lord to heal, deliver, bless, and prosper them; but He's already done it. The true key to the Christian life is to quit asking and start believing and commanding. This album will challenge your beliefs, and if accepted, it will change your life.

We're Already Blessed
The first teaching in this set is taken from Ephesians, chapter 1. Paul reveals that we are already blessed with all spiritual blessings, and that inside us, we already have the same power that raised Jesus Christ from the dead. What more do we need?

Grace and Faith
Part of the body of Christ is in the "grace camp," and part is in the "faith camp." We should be camping somewhere in between the two. Faith and grace are like sodium and chloride. They are both poisons, but mixed together properly, they make salt, which is essential for life. Faith, with the exclusion of grace, and grace, with the exclusion of faith, will kill you; but these two powerful truths, mixed together properly, will set you free.

The Triumphant Procession
What part does spiritual warfare play in our receiving from God? Satan is a factor, but only because Christians have given him authority he doesn't really have. His only power is deception. When we believe his lies, he uses our own power and authority against us. Jesus had a parade where He openly displayed Satan as a defeated foe. The problem is that most Christians missed the parade.

Do You Need More Faith?
Jesus' disciples asked Him to increase their faith. Jesus responded by saying they didn't need more faith. They just needed to use what they had. All Christians have actually been given the same faith as Jesus. We don't have a faith problem. We just don't know what we have.

The Problem Is Our Unbelief
Jesus' disciples asked why they couldn't cast out a demon. Jesus told them the problem wasn't their lack of faith, but rather, their unbelief. There is a difference. People with strong faith can still not see the answer to their prayers manifest because they also have unbelief. This teaching will explain the difference between three types of unbelief, and give answers about how to overcome them. 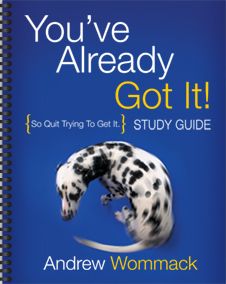 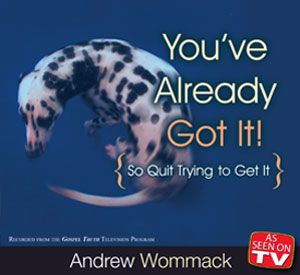 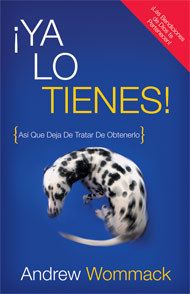 You've Already Got It! (Spanish)

You've Already Got It! (Spanish)