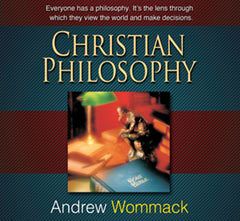 Everyone views life through a filter. For example, an optimist sees opportunity where a pessimist sees failure. What's the difference? It's the filter. The Bible calls that our philosophy, and it controls the outcome of our lives.

The Bible says much about the social issues of our day and therefore obligates ministers of the Word to address them. In this series, Andrew speaks on three of the most controversial.

The Way We Think
The battleground of faith is right between our ears. Winning or losing is always determined by the way we think, not just individual thoughts. That's our philosophy.

The Bible Is God's Word
Is the Bible the inspired Word of God or not? Until you've answered that question, it's difficult to change the way you think.

Jesus Is Saviour and Lord
One of the most basic Christian philosophies is "There's only one God, and you are not Him." You must turn the control of your life over to the Lord, once and for all.

God Is a Good God
If you think God controls everything, you are going to have a philosophy, or outlook on life, that will make you bitter, passive, and keep you from God's best.

Homosexuality
Homosexuality is being presented as normal in every way. That just isn't so. Besides the obvious fact that this relationship isn't between a man and a woman, statistics will cause an objective person to realize this is a very destructive lifestyle.

Abortion
The Bible says a lot about a child in the womb, and science is finally catching up. Andrew shares biblical and scientific evidence proving that life begins at conception and that a child isn't just a part of the woman's body but a separate individual. 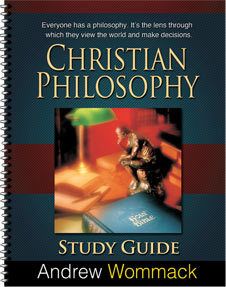 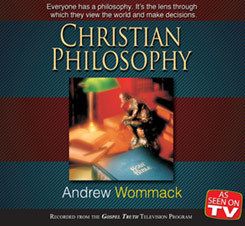