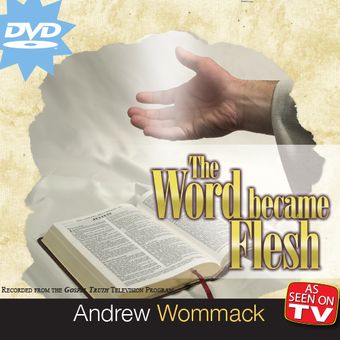 In this five-part series, Andrew addresses the impact this has in our lives. He explains how God Himself is limited by His own words; the difference between God's responsibility and ours; the role the devil plays, if any; the power God has given to us; how to conceive a miracle; and more. These messages, recorded live at a recent Gospel Truth Seminar, will change your life.

This DVD album was recorded from the Gospel Truth TV broadcast. Each DVD contains one week of programming. Please note that while they do cover the same material as a CD album, they are not exactly the same.