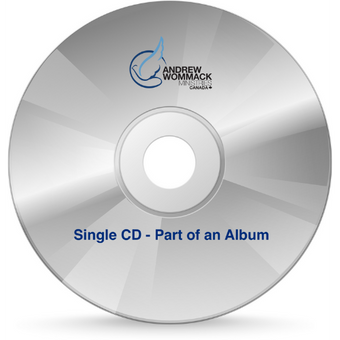 This teaching explains the power of words all the way back to the beginning, where God used words to created everything in this universe. Words have the power of life or death — it's one or the other and we need to believe in and respect that power for it to work positively in our lives. Words had to be spoken, prophetically, over 4,000 years for Jesus to be created, and Mary had to receive those words, which became the conception of Christ inside her. Words are seeds that must be conceived in our "spiritual womb".

Part of the CD album:

Other CDs in this album